ALL RESERVATION LISTS ARE FULL UNTIL UNTIL 2021 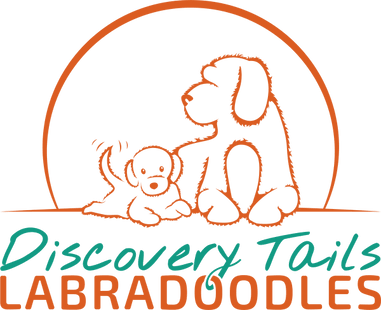 Taking wait list reservations for Fall and Early winter of 2021

Australian  Labradoodles are sought out for their soft fleecy coats, friendly  demeanor. They are different from other labradoodles due to them being  "multi-generational." This means the initial Labrador Retriever-Poodle  cross is quite a few generations in the past. By breeding  multi-generational sires and dams to each other, together with holding  these breeding dogs to the highest health and temperament standards,  Australian Labradoodle breeders continue to further the solid genetic  lines of this breed.

Australian Labradoodles are intelligent,  loving dogs with coats that do not disappoint. They're more reliably  low- to no-shedding and hypoallergenic than other labradoodles and  goldendoodles. They're generally easy to train and sociable and more and  more people are turning toward them for service and therapy dog needs.  Many families report their pet seems to just know when they need a  little extra emotional support, even without any extra training!

The Australian Labradoodle (ALD) is being developed under the close supervision of several breed clubs around the world. Within these clubs, databases are being built and maintained, but, most importantly, health qualifications are required of the member breeders. Because the Australian Labradoodle is a developing breed, new bloodlines are formed with select infusions of Labrador Retrievers, Poodles, and Cocker Spaniels, as excellent breeders worldwide carefully create new lines to breed with the original lines developed in Australia. This intentional process will increase the gene pool over a lengthy period of time. Those in the front lines of developing the Australian Labradoodle believe the breed will be healthier and of better disposition in the long run due to a slow, careful, and prolonged guided development. The Australian Labradoodle is being bred to be a desirable pet, therapy dog, or service dog. For this reason, disposition must be a careful priority and focus. Well-informed ALD breeders understand that while excellence in conformation and coat are important, disposition is also a top priority. The delicate balance of developing a breed of desirable disposition, coat, and conformation, as well as health and genetic diversity is being taken up by breeders across the globe.